Ambit Blog
Categories
Browse All Categories
By Ambit on August 01, 2022

You don't know AI, or how to leverage artificial intelligence in your day-to-day marketing

"You don't know AI." That's the provocative and fascinating statement Tim Warren, Ambit CEO, recently presented at the Research Association Conference and the iMedia Brand Summit. He goes on to discuss how artificial intelligence isn't something that's far away in the future, and how more and more marketing content is now being generated by AI with the oversight of humans.

In this article, we'll cover:


Or you can watch the full presentation by clicking the video below. What is artificial intelligence?

In its broadest terms, artificial intelligence (AI) is the process of programming in which a computer or machine is able to make decisions for itself and simulate human intelligence.

Oracle's definition of it is similar;

"Artificial intelligence refers to systems or machines that mimic human intelligence to perform tasks and can iteratively improve themselves based on the information they collect."

The rise of AI in marketing

Besides powering business decisions, one practical area where AI can be leveraged is marketing. Most marketers still manually create content for blogs, websites, and social media, you name it. While it's still very common practice to do so, the advent and advancement in technology have meant that AI is increasingly being used to create marketing content.

Through data - and lots of it.

Data plays a key role in understanding how successful anything is in marketing - whether that's how well a social media campaign is performing, how many people visit your website on a weekly basis, how many people read your blog...the list goes on.

As marketers, it's critical to understand where marketing efforts are paying off, where they aren't working at all, and where changes can be made to improve them. This is where AI comes into play - because it is able to recognise patterns and data and make predictions based on data learned from new data.

In simpler terms, AI has the power to understand context and content, and this is becoming more known (and used) to and by marketers to understand what their audience already knows they are interested in, and what will most likely appeal to them.

"AI trains itself by looking at context, and the words around it. It (AI) can recognise patterns and data, and then make predictions based on this data that's learned from new data."

AI has established that it is able to understand patterns and data effectively. In terms of marketing, this is where the engine can be made to be creative - and even assist marketing in coming up with new content.

In the first example, we tasked the AI engine to come up with three advertising jingles to sell Coca-Cola, and to up the ante, also included that it translates it into three different languages.

This is the result we got in split seconds:

As seen in the image above, not only did the engine create the above jingles (despite never having never been told what a jingle was), it translated it into English, Spanish, and Russian; all without having been shown any of the other languages before.

The machine "learning" these languages is done through the process of "transfer learning." In other words, the AI engine built a model for Spanish and Russian, learned how to translate these from English, and then also back and forth between those two languages as well.

Using an example of writing for a local paper, we gave the AI engine the task to write about dog attacks happening around local schools simply by giving it the following information:

"Dogs are attacking people, and it's happening at local schools."

With limited information, the engine came up with the following story.


"Dozens of parents are kept up at night. Worried for their children's safety, local schools have been plagued by a recent string of dog attacks. The attacks happened primarily at night."

At first glance, this content could easily have been written by a human. There is the matter of some of the details here being a little off (children don't tend to walk home from school at night), and oftentimes, the grammar might appear off.

However, with human oversight to correct any grammatical mistakes and contextualise where needed, AI is able to write content seamlessly, with likely very few people picking up that it was written by a machine.

That's right, AI can even be used to write job postings through automation. We decided to eat our own dog food when we needed to go to market and hire another software developer.

You guessed it - the AI engine took care of it all. From writing the job description and the LinkedIn ad, the content was taken care of within moments, and then all that was needed for a human to review the content to make sure everything sounded right, and then loaded up to post.

The best thing - we indeed hired a software developer this way!

AI is giving marketers superpowers - and one key way it's being done is by using machine learning to create relevant customer experiences with personalised AI-powered product recommendations.

Those "other customers also bought" or "other viewers also liked" messages you often see on eCommerce stores or Netflix? It's all by design from AI insights of customer preferences and to make the customer experience more rewarding.

The proof is in the pudding as shoppers who engage with a recommended product online have a 70% higher conversion rate, which means they are more likely to buy a particular recommended product during that specific session, according to Power Retail.

Figure 2: Guided selling using AI helps customers choose the right product for them, and increase the opportunity for up-sell on the retailer's end.

The ramifications for marketing professionals

We often get asked, "is AI going to steal my job?" And the answer is always "no, it's not." The great thing with artificial intelligence is that the more it is being used and optimised, it's helping with augmenting real people in each industry. Couple that with adding more data, more insights and so on, it's a way that marketing can work smarter and not necessarily harder.

In tomorrow's marketing landscape, a human is going to help coach the AI to get the right data and the right look and feel. While the AI can go off and write content, come up with jingles, and translate it into multiple languages, it's still going to need a real human being to edit it and make sure it actually sounds and feels authentic.

There are many things that humans are great at that machines simply can't replicate, and this is why having a balanced approach is key.

Instead of being concerned about artificial intelligence, what it presents is a brave new world and an exciting future in how we can power-up marketing. 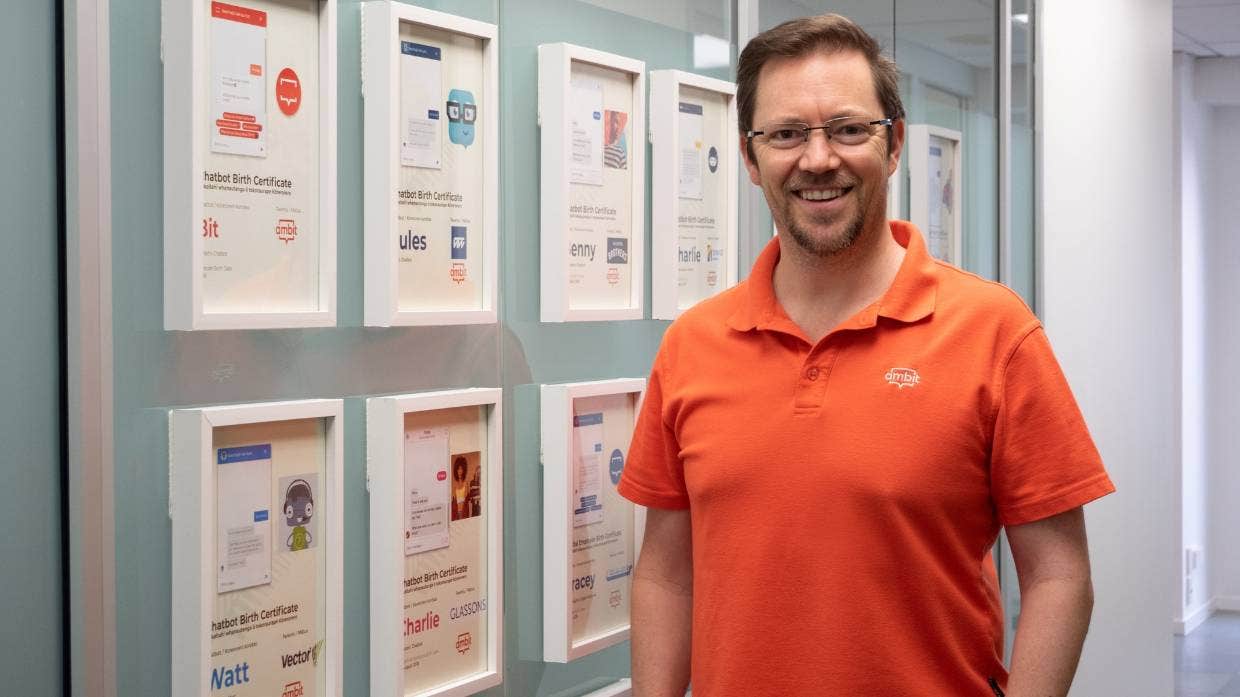 The rise of chatbots: More people than ever are talking to robots instead of humans for basic services 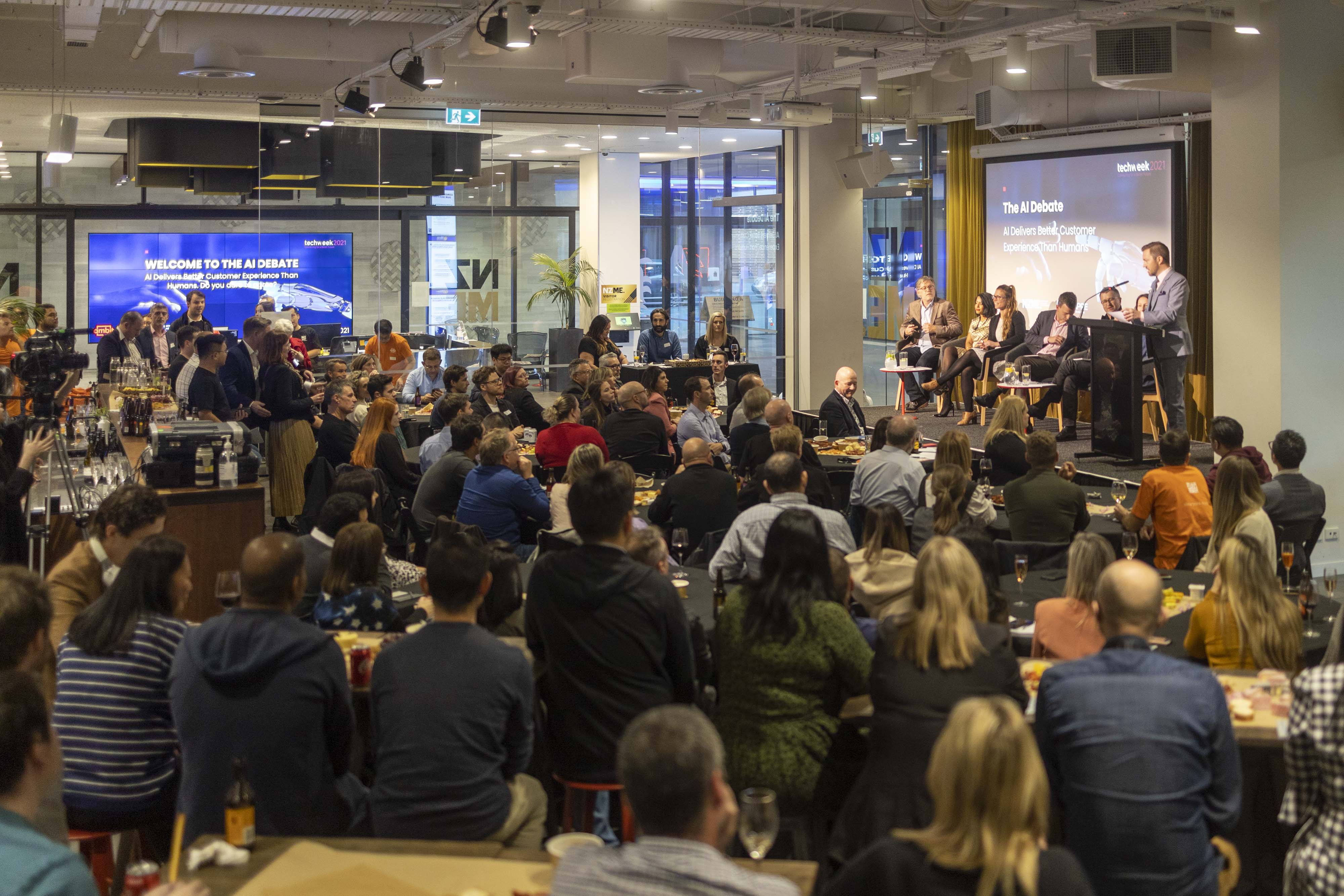 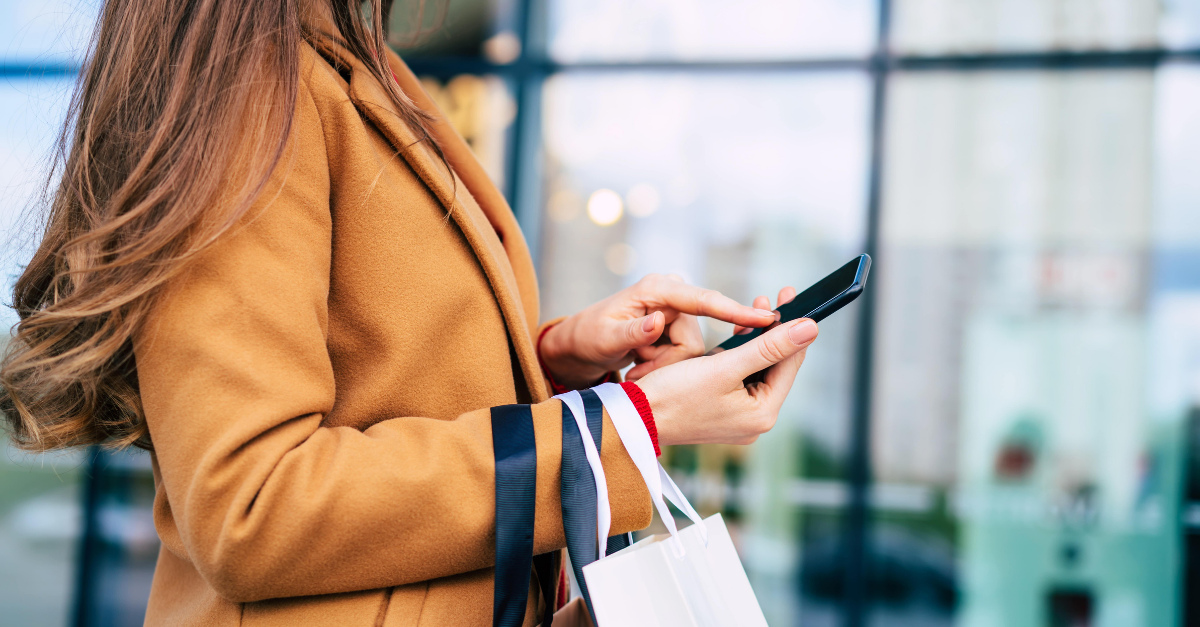